Angela Brown
I am a follower of Christ, wife to an awesome guy who always amazes me, and a mother to 8 beautiful souls. I homeschool 5 of my kiddos, and in my spare time I am an Independent Norwex Consultant.
Photos
Friends 500 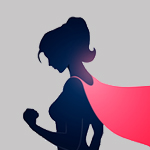 Awaken to Our Awful Situation